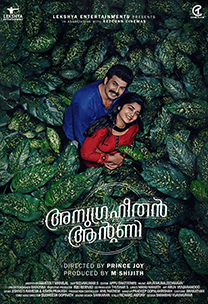 The film starts with the death of a man, Anthony, whose ghost watches over the funeral proceedings. His father’s pet dog RONY is the only one who can see him, and he is unable to talk to or touch anyone else who is alive. On the first day following his death, he meets Antappan, an alcoholic who dies before cashing in his winning lottery ticket. Anthony stays with Antappan on his last day as Antappan’s family finds the ticket, and Antappan reveals that spirits will only be on the earth for 7 days.

The film then moves into a flashback, where Anthony is an engineering drop out and has a photo studio of his own. Fed up with his son’s antics, Anthony’s father, a retired schoolteacher, decides to buy 2 pet dogs, RUBY and RONY, to give him company – much to Anthony’s annoyance. Anthony sells RUBY to another man without his father’s permission. Meanwhile, Anthony meets and falls in love with a girl named Sanjana, who seems to reciprocate his love. But just before confessing his love to her, he meets with an accident and dies.

Now his spirit wishes to convey the news of his death and his love for her, but is unable to do so. As he struggles to figure out a way to get this news to Sanjana, RONY faithfully keeps him company and follows him around. Eventually, on his 7th and last day, RONY brings a flyer announcing Anthony’s death to Sanjana, successfully revealing to her that he is dead. She visits his house and realizes his true love for her, thus fulfilling Anthony’s last wish. At the very end, Anthony finds RUBY, who reunites with RONY. Together they return to his house to keep Anthony’s grieving father company, and look up at a star in the night sky who is implied to be Anthony. 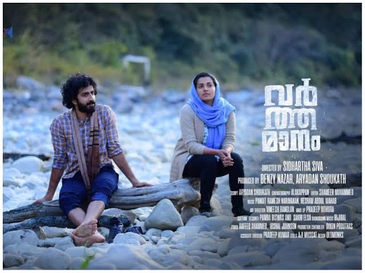