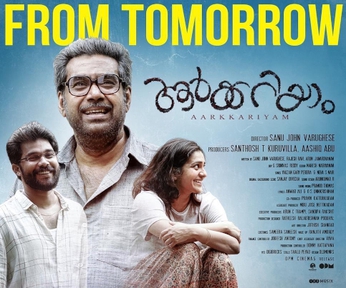 The story is set in the backdrop of the COVID lockdown of 2020. Ittyavira (Itty) is a retired mathematics teacher living alone in Palai, Kottayam, Kerala. His only daughter Shirley is married to Roy and living in Mumbai. Roy is a businessman and is struggling with some financial problems. The COVID slowdown only makes it worse. Roy and Shirley comes to Pala for a vacation. While they are at Pala, Itty learns of their financial difficulty and lets them know that he is ready to sell his estate and that it would be more than enough to cover Roy’s financial problems and leave some money for Iity. Itty also wants to dispose off the large property and live in an apartment due to his age and failing health. However, Itty informs Roy that before selling the property, he wants to dig up the skeleton of a man he had killed and buried at the property as construction by the new owner might lead to the discovery of the skeleton.

Roy is shocked at the revelation. The dead man is none other than Shirley’s wayward first husband Augustine. The incident happens when Shirley was in hospital after the birth of her daughter and Augustine comes home after months of disappearance and is amused that she was pregnant and had a baby. Itty lets Roy know the circumstances of the crime. Itty also doesn’t disclose the crime to his daughter as he believes that everything happens due to God’s will.

The crime was never discovered as Augustine used to disappear for long periods and a decomposing body was identified as Augustine’s body by his mother and Shirley. Roy is in anguish, he doesn’t want to be an abettor in the crime but finally helps Itty dig up the bones and burn it. Old Itty moves into his new apartment and begins to shows signs of dementia.

In the last scene of the movie, Shirley narrates how she was haunted by the pity of the people after Augustine’s disappearance and how as a young and dependent mother, she wanted a closure of the events. She admits that she never identified the body as Augustine’s mother has identified it. Roy is left with the sinking realization that he would forever carry this secret like a cross to his grave.