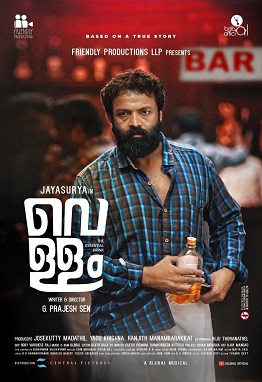 Murali Nambiar is an alcoholic who becomes a burden for his family and the society around him. His family life comes under strain and his wife and parents watch helpless his decline. He even takes money and valuables from his home and his friends to buy alcohol, upsetting those close to him. He is even shown selling the furniture from his home once. After getting drunk, he often ends up sleeping on sidewalks and shop fronts. Once he is accused of stealing a golden ring at an engagement but this proves to be wrong. He makes a scene at his friend’s funeral because of some misunderstanding. Although he is often seen as a drunkard by his family and neighbors, a few people still talk about his cool demeanor and hardworking nature.

One day he talks about his addiction with one of his friends who takes him to a de-addiction center where Dr. Subhramaniyam is the chief doctor. Dr. Subhramaniyam takes Murali under his wing, offering to treat his addiction. But Murali slacks off and keeps on drinking. The doctor contacts Murali’s wife who has left him earlier because of his excessive drinking and tells her that Murali needs love and care as part of the treatment.

After the treatment he returns to his homeplace where his friends continue to treat him as before, a drunkard. Murali gets back to his home and finds that his parents have sold their house and moved on. Seeing that no one is concerned about him, he jumps into a well to kill himself. But he is rescued and rushed to hospital. When Dr. Subhramaniyam comes to know about this, he convinces Murali’s family that he requires love and support.

Murali then slowly becomes a successful entrepreneur and launches a product called “Waterman” tiles and even starts exporting them. The movie ends with Murali bringing another drunkard to Dr. Subhramaniyam for treatment, convinced that he too can reform, just like he has. The movie is loosely based on the life and experiences of Murali Kunnumpurath who has successfully beat alcoholism to become a businessman in Kerala.