Wolf is a 2021 Indian Malayalam-languagemysterythriller film directed by Shaji Azeez based on the short story Chennaya by G.R. Indugopan.[1] It was released on 18 April 2021 at the same time through Zee Keralam and Zee5 application

Sanjay on the way to see his would-be, Asha, hoping to surprise her. When she opens the door, she is surprised alright and visibly agitated too. Asha has a conservative mother who is not at home at the moment, and the daughter worries that Sanjay’s presence at this hour will turn her into gossip fodder. Besides, Asha sees Sanjay’s short-temper and rude manners even to his close female friends as good enough reasons for not wanting him as her better half. She expresses her doubts about spending the rest of her life with him. He gets increasingly irritated and is desperate to ensure that he wouldn’t be this way after their marriage. But we also get the sense that Asha is hiding something from us. To make matters worse, the PM announces the lockdown on the same night. Her mother won’t get home on time, and since Sanjay’s residence is hours away, the cops stationed outside her home forbid him from travel rest of the story forms the plot. Sanjay spends the night at Asha’a place. Asha’s mother is concerned that Sanjay is staying over the night and she her conversation with Asha proves that she is a conservative mother. She pesters Asha to show her Asha’s room on a video call to verify that Asha keeps her distance from Sanjay. At midnight Sanjay hears weird noises, he inspects the living room to find nothing suspicious going on. In the morning, Asha prepares the breakfast and again they hear a noise from upstairs. Worried Sanjay picks a stick from a store room and inspects the upstairs without heeding Asha’s requests. The noise came from a room from the second room which Asha claims to be locked. Sanjay forces open the door and surprising finds a man who tries to smoke a cigarette. Sanjay questions the man and later that man reveals himself as Asha’s lover. Asha and that man (Joe) was planning to elope the outhit night and to Asha’s frustration Sanjay has turned up to ruin their plans.

Joe tells Sanjay that Asha has chosen him over Sanjay due to Sanjay’s quick temper. Later Joe turns aggressive and claims to be hunter in South Africa who wishes to accompany Asha to South Africa to lead a hunter’s life. Shocked Asha pleads him to leave her alone and finally Joe explains to Sanjay that he needs to fix his attitude to win a girl’s heart. Asha and Sanjay understand that both of them have erred in their relationship. Joe leaves cuddling Asha and Sanjay who vow to each other to be better partners and work with mutual understanding. Joe gets in to an ambulance which has been arranged by Asha’s mother for Sanjay to return to his home. The film ends with a scene where Sanjay is cuddling with Asha assuring Asha’s mother both of them will be safe. 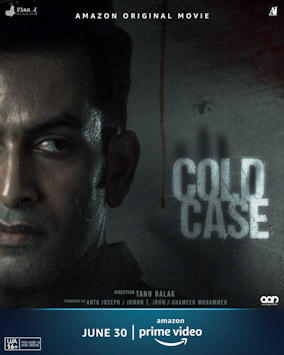